News and what not...

Looking forward to my next show with my band mates in Jupiter Groove. We are set to play at the Shovelhead Lounge in Longwood FL opening up for YYNOT. The amazing A Fine Line will be on board as well. I plan on once again playing my NS/Stick exclusively for this show.


Just released! I'd like to present you with the following track titled "Still". It is a composition which I recorded with my very talented soul brother Radek Kordasiewicz as part of our Ollin project.
Back in 2005, I was contacted by Radek about an art project called MusicWordArt where musicians, artists, and poets from around the globe would collaborate and release "Art Packs" (Radek is from Polland, we have yet to meet in person!). These works of art comprised images, poetry, and music to form an unique experience of which I had the pleasure of contributing to.
These experiences where the nucleus for Ollin. Radek had suggested we work together in more of a duo setting. We released an ambient piece comprosed of synths and bass soundscapes called "Ocean Wave". It marked our first composition together and we soon found ourselves exchanging ideas and tracks via the internet.


As time progressed, we determined that Ollin had more
to say than the two of us could utter and required a larger talent pool to create and release it's ever expanding sonic ideals. To that end, we culled from an international bevy of musicians spanning a decade and 4 official releases:


For the latest and "final" release we employed the talents of artist Lena Czerniawska for the cover. You can learn more about Lena at https://lenaczerniawska.weebly.com.


It is fitting that this final release sees Ollin returning to it's "duo" incarnation. As with the inception we also return to it's compositional form of synths and ambient bass sounscapes. I see a journey bookended here yet not ended. One that has taken two kindred spirits on an artistic jaunt through a landscape, nay, a universalscape, that is hallmarked by not only a maturation of two musicians finding their footings alongside one another as ocean waves of creativity swelled around them, but of a friendship, a brotherhood, and an unbreakable bond born in the stillness of time.

The complete OIllin catalogue is available for streaming and purchase at  The Official Ollin Bandcamp Page.
There is an Edit Mix of "Up and Away" along with an original composition of mine on the Lena Records Sampler available here. 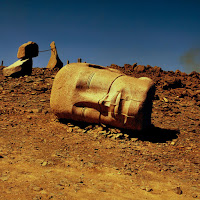 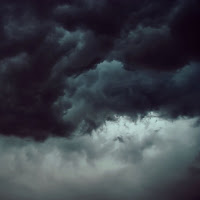 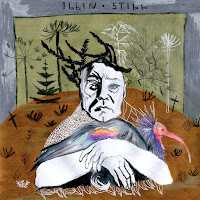 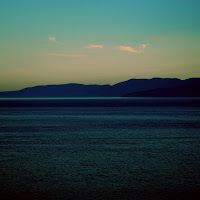 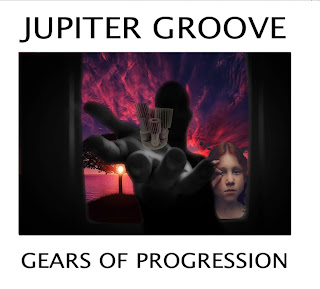 Getting geared up to promote our album "Gears Of Progression" in a few upcoming shows. Happy to say that we will be joining our good friends in the Travis Larson Band for some dates in Florida...on board for some of the shows will be Dave LaRue and his incredible band. As for the album we recorded it about two yrs ago and we finally got around to giving it a go. Well actually it was a bit more complicated than that. But not much more...
To be honest we just had a pickle of a time getting the production end of it right. Finding a studio that had the time and more importantly, the right ears for our music proved to be a little harder than we anticipated. But our patience prevailed when Ralph came across Sean Shannon. A mighty fine audio engineer,producer,author, and one hell of a drummer. We met up with Sean at his Mix Monsterz Recording Studios in Apopka, FL at the tail end of the hurricane season. Within about 15 mins or so of Sean dialing in some eq settings after importing and converting our files we knew we had made the right choice. The rough mixes breathed with a vibrance and energy that had us tapping our fist and smiling like giddy 13 year olds at the beach in Panama City. Suffice it to say that we exhaled an exuberant collective sigh of relief.A month later we had our master.Art work began for the album as I pounded the keys and manipulated the mouse (having thrown my Wacom Tablet across my studio in a typical ADD moment) as I created the art for the second time since my former Mac was no more (all my previous work was on that and although I did backup religiously, I couldn't find the files on my BU drive). TWith the music mastered and the art now done it was now time to send everything off to the presses.And wait.
What's another month, right?Well, it's finally here. And we are very very happy with the results. Strange...it all seems to sound and look better when it's in your hands. Maybe all just a bit..surreal? Is this the right context? Is that word ever used in the right context?Oh..btw..I found the original art for the album...a week after we got the CDs in. Gonna use it on a t-shirt anyway....So there it is. Not too big a deal..not too much drama. Our we happy? Proud? Excited? Well yes, of course we are.But even with all the waiting and seemingly endless searches for the right studios..it was all rather..well...kind of effortless. No seriously. Not trying to make it sound as though we have this down pat or anything like that, but the recording took a total of 3 days with a follow up day for Dan to fine tune some guitar stuff. The bulk of the recording was done on day 2. We recorded 13-14 songs in one day. We didn't thing anything of it until our recording engineer Jeff Knauff told us that the average band usually knocks out maybe 1 or 2 tunes in a day. Thing is we have been playing these tunes live for some time now. We didn't write or rewrite anything in the studio. Next time around it may not be that simple ( but I get the feeling it will be). 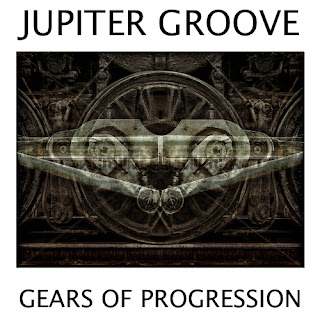 Been a minute since my last post...
So what's going on?
Music...that's what. Doing a few shows with Jupiter Groove in the next few weeks. I am also having a Kahler Bass Trem installed on mt 6 string Ibanez SoundGear. Yup..Dan is kinda freaking out! I wanted a special tuning for this bass...so I got a hold of Tim Pfouts once again, over at S.I.T. Strings. They have been fulfilling my string needs for the last 4 years now and I am exceedingly happy. What I want for this particular 6 string was an extended range tuning. I wanted to tune up to a high "F". So my bass would be tuned as follows:
E (90)
A (70)
D (50)
G (30)
C (25)
F  (20)
I wanted super light gauge strings (my preference) and no low "B" string as the bass will have a trem system and the "flop" wouldn't be very musical. Besides, I'm no fan of the "B" string anyway! Once again Tim and his team delivered. They sent me a super light (.025) round wound "C" and I obtained a super light (.020) round wound "F" Snakeskins String from Conklin Guitars and Basses. Incidentally, Snakeskins Strings are also made by S.I.T. for Conklin exclusively. That made me super duper happy as I really wanted to stay with S.I.T. all the way. 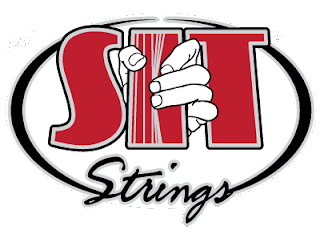 Spent 3 productive days in the studio with my band mates in Jupiter Groove last weekend. We were able to track 13 tunes in about 1 and 1/4 days! The rest of the time was dedicated to punches,overdubs,layering..etc. We recorded  the tracks in Gibsonton, FL. at The Parsonage Recording Studio with owner/producer Jeff Knauff at the helm. I got to use my new Sire V7 (which sounded AMAZING), my Dean Rhapsody 12 string,an Ibanez SR 506,and my Squire Vin Mod Jazz Bass Fretless. Dan brought an army of axes with him, including his trusty Parker Flys, an Ibanez 7 string, and a Rogue Electric Sitar. even an acoustic (a Martin, I believe) made it onto the tracks. Ralph dragged in his mighty Pearls..a massive set actually, to lay down the funkygressive grooves. We are now in the process of going through every track, one by one, getting levels, fine tuning, etc. Look for a Summer/Fall release!
Posted by Juan R. Leõn at 5:17 PM