Radek has been laboring long and passionately on starting a new label focusing on ambient,electronic,progressive,experimental,
and all related genres and sub-genres. The label is Lena Records.
Well that labor has paid off and I am happy to announce that the 1st release is now available as a free download for a limited time.
Lena records Sampler One brings together 7 different artists representing a wide array of styles from ambient, fusion,prog,folk,dark-wave,spoken word,and experimental.

Lena Records will be offering singles,eps,and full album releases by up and coming artists in it's first year. Radek and I completed a new tune by our project Ollin​ which will be released on a forthcoming album of brand new Ollin material. This will be our first  a full length album as a core duo in about 5 years.
I will also be recording new material for a solo album in the coming months to be released by Lena Records and produced by Radek himself.

I will be performing once again at the De Soto National Memorial in Bradenton, FL., for their annual luminary festival. The festival features music,food,period actors, and candle lit trails. The event starts @ 6:30 pm and runs till 8:30 pm. It is free to the public.

And speaking of De Soto, I have been asked if I will be selling any of my music at this year's performance. The short answer is no...and yes.

Although I do not have any physical CDs of my music at present time, I am offering digital releases of my music via my online Music Store hosted by Bandcamp. Of particular interest to those of you who have seen my solo Native American Flute performances at De Soto is the album "The Wind That Moves The Moss". It is an album containing two performances recorded live at De Soto in 2013 and also includes some studio compositions.

The album is now available for purchase along with other releases. 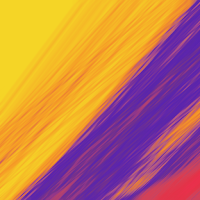 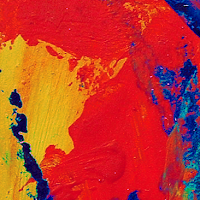 It's hard to believe that Ollin started 10 years ago! I just finished recording my parts for one of the tunes on our new album and let me tell you...I am excited! It really captures what Radek Kordasiewicz and I do best..create an emotive atmosphere in which the listener can really get caught up in.

We will be having a big "release party" of sorts planned via a cybercast interview where we will debut "Still" and play some old Ollin classics..and a few surprises as well...we'll fill ya in later.

All new material,along with bonus tracks,will be available for purchase in the coming months. 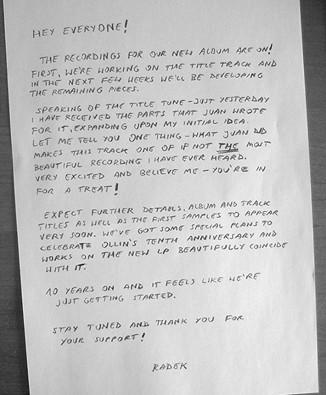 
And I will again be at the De Soto Annual Luninary Walk this coming Dec 19 in Bradenton FL.

And..new solo project is planned for 2016. A complete solo album,produced by Radek is in the works for the coming year.

In the meantime, enjoy a few of my older tracks...

And I will be with my band Jupiter Groove at the following dates...

Wed Nov 11th at The Haven

Some have commented that my E.R.S.E. recordings have broken links to Soundcloud. And you are correct. Soundcloud no longer hosts E.R.S.E. I have moved them to my Bandcamp page.

E.R.S.E. are a collection of compositions created entirely by using a variety of field recordings which are then processed,manipulated,and mixed into tracks which are designed to evoke an emotional response by the listener.There are no musical instruments used in the 1st of these recordings although the compositions do take on a musical quality at times.The recordings are ambient in nature and can be dark and eerie at times.
The series will boast at least 10 releases which will vary from tracks composed entirely from field recording and tracks that will feature bass,Chapman Stick,and flute that have been heavily processed. the volumes will progressively become more abstract and at the same time retain a musical quality.
Voices of Spring (Floating Mix) from Tension and Release:Volume One may be streamed below. You can purchase more of my music by visiting my Bandcamp page.